Refactoring Elixir - Lessons Learned from a Year on exercism.io

There's a lot you can learn about the pitfalls of a language when you see literally hundreds of people all solving the same problems - and frequently making the same mistakes! In this talk we're going to start with some common, but less than optimal, solutions to some of the problems on exercism.io, and we'll do a step by step refactoring. We'll also add in some benchmarking to the existing exercism.io test suites to show the performance benefits of some of the refactoring that we do, and discuss the tradeoffs of the decisions that we're making to illustrate why this refactoring is beneficial. Devon is a Software Engineer at EducationSuperHighway. When he's not writing Ruby at work, he can be found contributing to open source projects in Elixir. Away from the computer he's a husband, father and chess player. 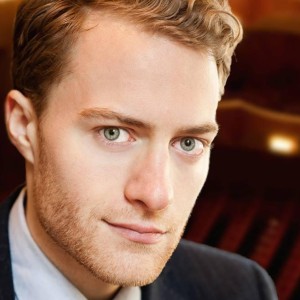 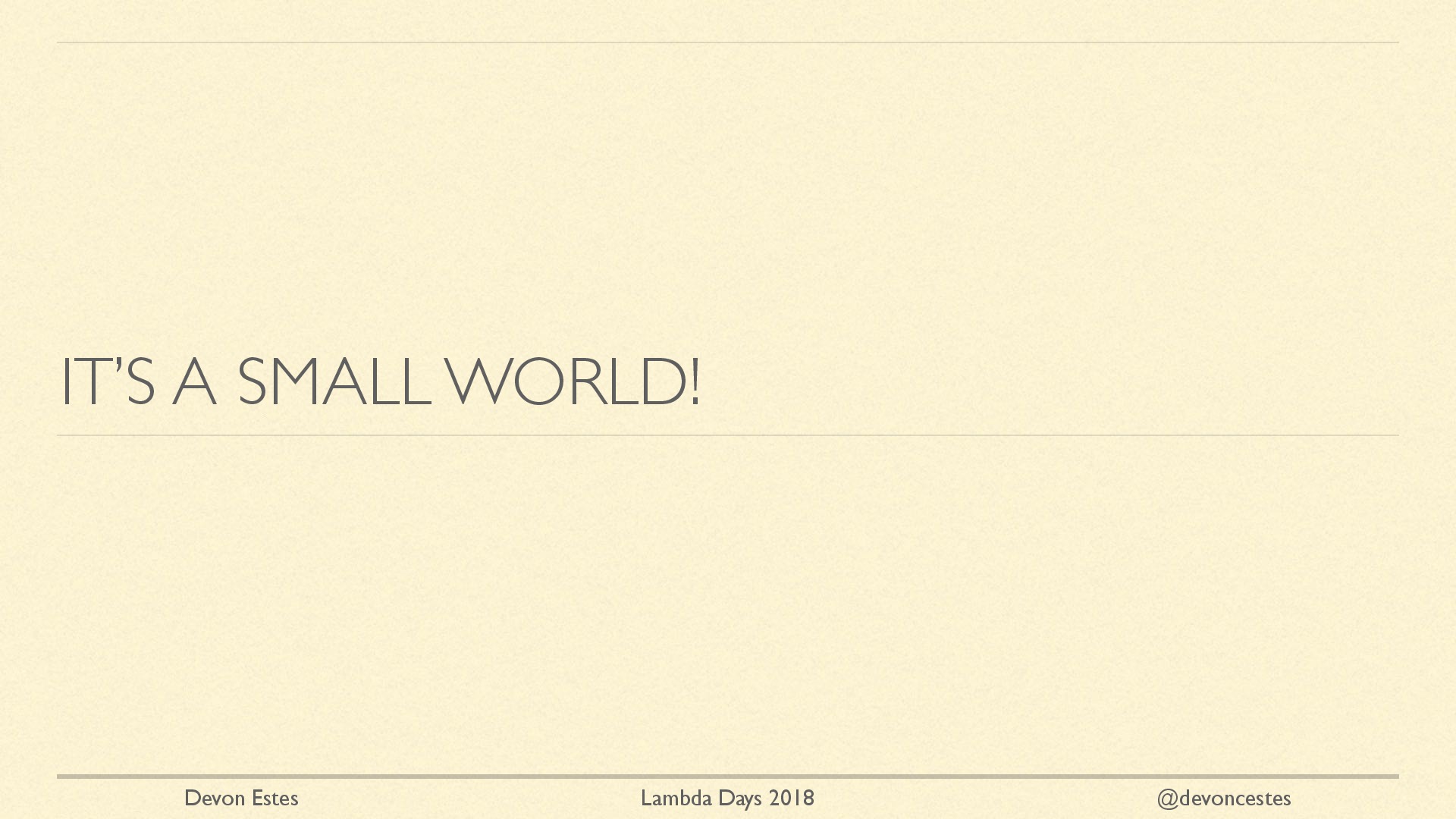 It's a small world

Small-world networks are a phenomenon that can be found throughout ... 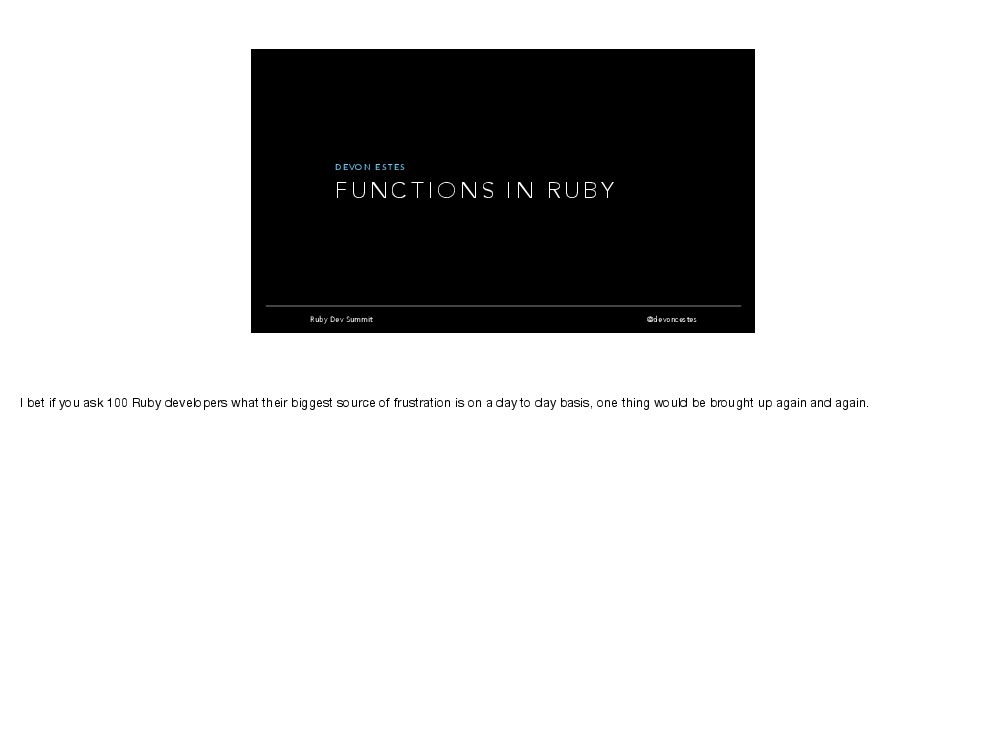 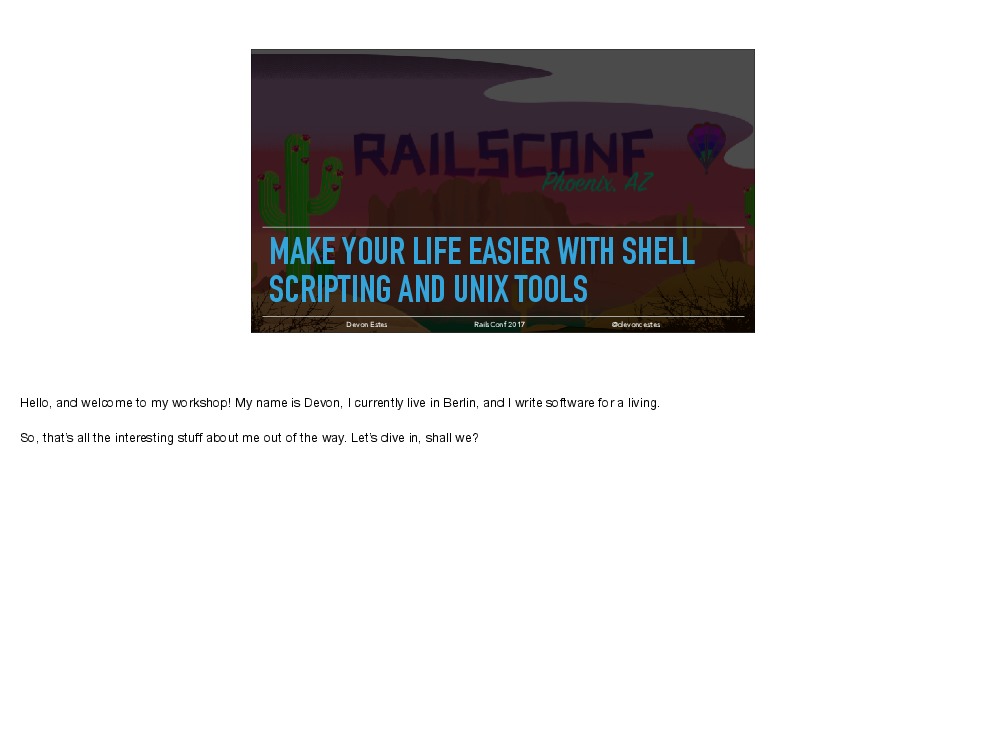 Make your life easier with shell scripting and UNIX tools

A smart man named Larry Wall once said the three virtues of a progr... 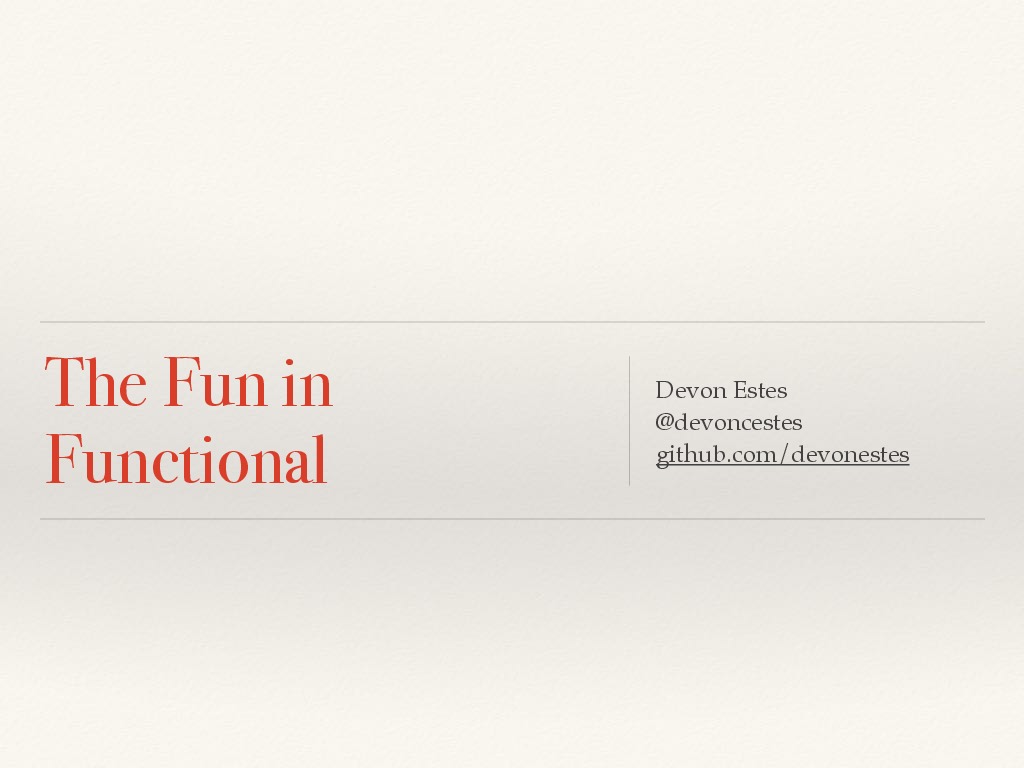 The Fun in Functional

Functional programming is all the rage these days, and many Rubyist...